official store of moths in the attic & zack fletcher

20% mark downs on 'Ohio Reveries' items for a limited time! 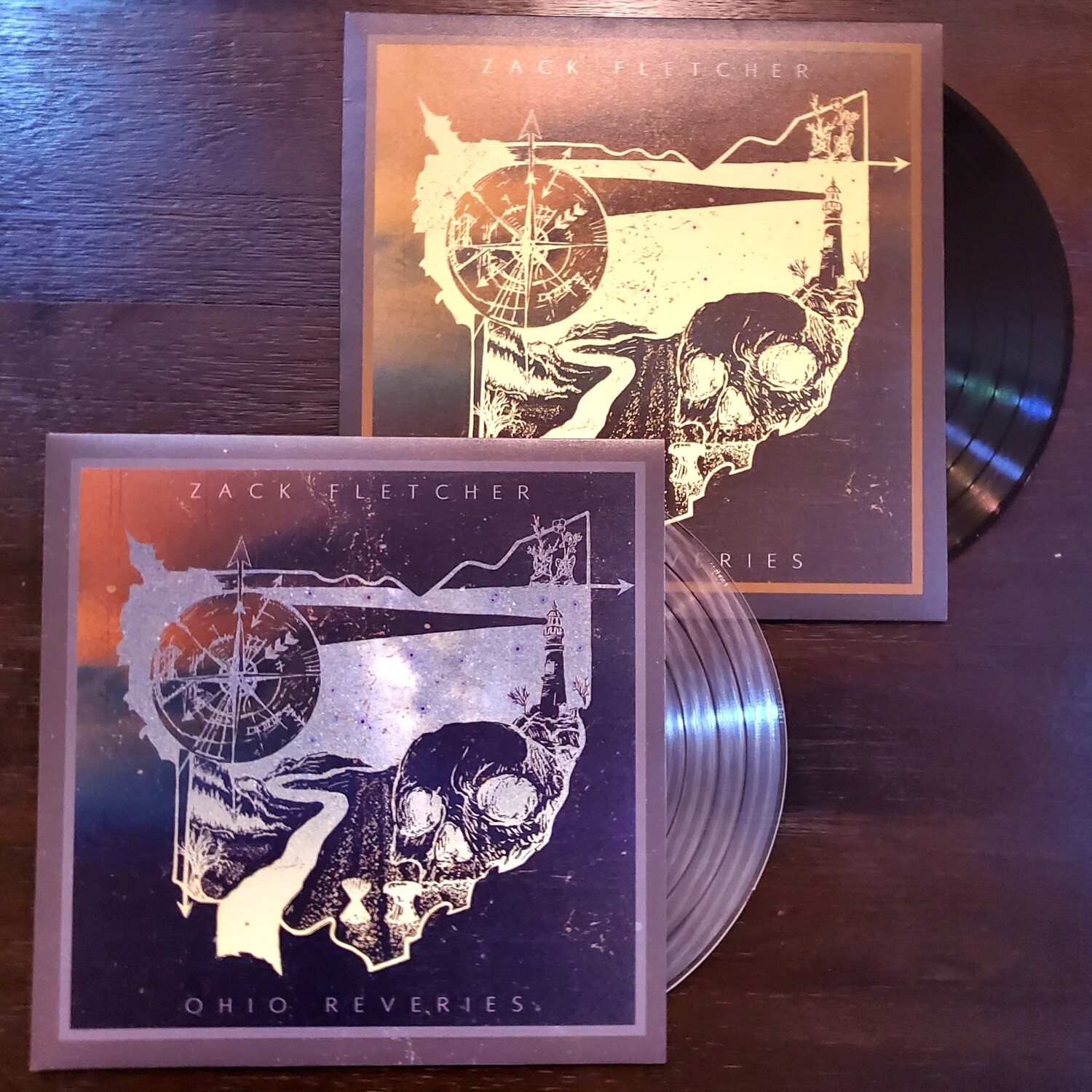 Limited to 100 copies (50 of each design): Design A (gold cover with a black record) or Design B (blue cover with a clear record)

About Ohio Reveries: This collection marks a new exploration in the works of prolific Ohio singer-songwriter/guitarist, Zack Fletcher. Ohio Reveries are songs inspired by his home and the places it has taken him. Singles from the collection have received considerable praise from indie publications and local press who called the songs “beautifully crafted,” “remarkable,” and “full of emotion and creativity.” The songs were recorded in Canfield, OH at Court Street Recording. Under the direction of producer Michael Estok, each recording features stunning clarity and arrangement. The full release includes a Side A that collects the Ohio Reveries singles from 2021/early 2022 and a Side B with stripped guitar + strings versions, each creating a unique experience. The collection fluidly merges his previous solo acoustic work with the larger ensemble sensibilities of his Moths in the Attic material. So far the songs have garnered over 25 press features (including a shoutout in American Songwriter) and placements on over 100 independently curated playlists. A music video was released for the lead single, ‘The Traveler’ (directed by Toledo, Ohio's John Fleischmann), along with a visual accompaniment for an ambient remix of "Banks of Lethe" (edited by Dustin Galish of Tree No Leaves).

About lathe-cut records: These are limited edition handmade records manufactured at Little Elephant Custom Vinyl in Toledo, Ohio. Lathe cutting utilizes the same principles of the disc mastering process. A flat polycarbonate disc is fixed onto a record lathe. The cutter head inscribes analog sound into the blank disc. They are much more durable than acetate dubplates and can be played repeatedly without any appreciable loss of sound quality. The sound reproduction is often not as accurate as a vinyl pressing and there may be some surface noise, comparable to a flexi-disc or an old 78. Some lathe-cuts are prone to static build up; more so than vinyl. This can cause pops and crackles, particularly the first time they are played. This is easily dealt with by wiping the record with a damp cloth, in a circular motion with the grooves. As the groove is cut into the plastic instead of pressed, there can be tiny particles of residue from the lathing process. A good wipe and a couple of plays will improve the sound quality of the record. (Resources: antigenrecords.com, tangibleformats.com)

Tracklist: Side A 1. The Traveler 2. No Moon 3. Compass Rose 4. Banks of Lethe 5. Ignis Fatuus | Side B Guitar + Strings versions

All songs written and performed by Zack Fletcher

Artwork and design by Zack Fletcher

All music, lyrics, images and additional content are protected by copyright, Ⓒ 2022 Moths in the Attic LLC

Save this product for later
Display prices in: USD